The brutal Arizona summer is coming to end. In our last post we shared a few AZ necessities to help get through the brutal summer. Today we share activities to join in on to enjoy one of the reasons we live in Arizona…..the weather that exists outside of the summer. While temperatures may still be considered hot to many non Arizona dwellers, those that live here welcome weather in the 90’s, for it means summer is waning and the sunny, perfect everyday weather is about to begin.  As the summers season ends and the beautiful weather begins, so do the festivals and activities. Get out and explore culture, fine arts, food and fun.

We decided to share the five festivals that we feel should be explored and checked out.

We have brought to attention five of festivals and events that we love. Arizona is home to many, many more and all throughout the state. When the weather is perfect, the air is brisk, and the holidays are buzzing, let the festivities and festivals begin!

Arizona offers a beautiful desert landscape and vibrant sunsets. The winters are mild….and well the summers can be fierce. If your new to the Grand Canyon State, you  might want to read my last post. There are a few things that just happen here during the summer. We’ve decided to put together a list of 5 things that will make living in Arizona a better experience. These are just our recommendations and a fun post to write. 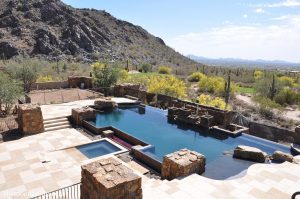 A Swimming Pool. It is summer as I write this, and that may have something to do with it:). We recently just had a pool built in our backyard. By the way, Pool Remodel Phoenix did a fabulous job on our new pool and backyard design. A swimming pool in your backyard or very near you will make living in Arizona a lot more comfortable during the summer months. A pool can be enjoyed during the majority of the year. Arizona is one state where the addition of a pool will also add value to your property.

A Set of Clubs. Arizona has a lot of golf courses….and some pretty spectacular ones at that. Every year the Phoenix Open is held in North Scottsdale and people travel from many areas of the world to golf in Arizona. Even if your not a pro golf maniac, having a set up clubs to take to the local course is recommended. Sunset driving range and a beer afterwords is one of my faves.

A Water Softener. Arizona is known for it’s hard water. That water clogs drains, is nasty to drink and leaves bad water marks. Investing in a water softener is highly recommended and will bring you a lot of value.

Solar Panels.  I mean with the amount of sun Arizona receives, Solar is the way to go. Why not harness the power of the sun, save money and contribute to a healthier environment all at the same time? Even if you just go solar hot water, it’s worth looking into.

END_OF_DOCUMENT_TOKEN_TO_BE_REPLACED

Arizona is a bit of hot hell during the summer months of June to September. September can still prove to be a bit brutal, but when you are on the home stretch to near be done with it’s intensity, it’s almost not as bad.  We have put together 5 things you most likely will experience if you are in good old Arizona during the summer.

These are just a few things that you will experience at one time or another in the Arizona summer.  Some others that you are hopefully fortunate to not experience are the break down of your home or car a/c, witnessing an animal left in a vehicle mid day with the windows up ( errr..so sad, but you’d be surprised at how often this occurs), and melted lipstick, cds, and chocolate bars.

This was a fun one to write as I sit outside of Starbucks dripping sweat, because I forgot my sweater and inside the coffee shop is just to damn cold! 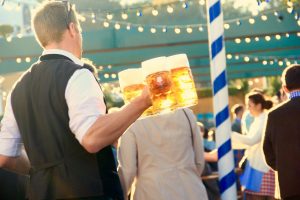 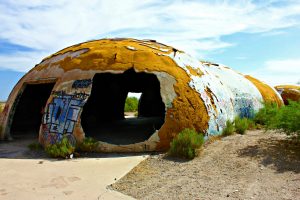 Thornton Road Domes. (Casa Grande) Abandoned now for many years, these domes were originally built for an electronics manufacturing facility. Many eerie things have been reported to occur.  The domes are hard to explain and attract, artists, bums, possibly aliens.  The Domes have been added to Arizona’s list of haunted places because of the sitings of shadowy figure seen creeping around.  Very odd sounds and vibrations have been reported to be heard as well. So we suggest checking it out for yourself and seeing what you see and hear. END_OF_DOCUMENT_TOKEN_TO_BE_REPLACED 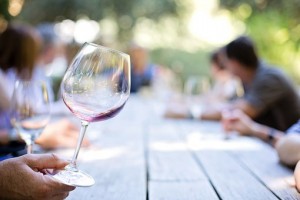 When you think wineries, usually what immediately pops into mind is Napa, Sonoma, Oregon. Well Arizona has a little to offer the wine industry.According to the the Arizona Wine Growers Asscoiation, Arizona has three main growing regions, all high desert. These three main areas are South of Tucson, in Sonpita, North of Phoenix in Verde Valley, and Southeast of Tucson in Willcox. There are others scattered around the valley, with these three being the main areas.
Whether you are a local Arizona resident or you have the pleasure of visiting the valley, we suggest at least checking out one of these Arizona Wineries.

This Winery located in North Verde Valley, minutes from Sedona.  During harvest season (August-Ocotber) You can actually watch the wine being made. They have great wines and have won a few awards for their creations. Some favorites are

Phoenix Arizona is a hub of activity, offering residents and visitors a variety of things to do and check out. Aside from events and popular landmarks, we wanted to give you some activities that are sure to entertain you and your guests while in Phoenix Arizona. Whether you are a thrill-seeker or someone who enjoys to relax, the greater phoenix area will certainly have something for you. There is no way we can capture every activity, but here are some local favorites that are good ones to check off your list, and good ideas to theme your next Arizona outing around.

Limousine Tour – Arizona is home to many premiere limousine companies and chauffeur providers. Whether you are planning to attend a sporting event, a night on the town, or simply want to explore Phoenix in style, a limousine is always a fun option to enhance your Arizona outing. The valley has a variety of great limousine companies to choose from but if you want to ensure you have a great experience, check out our favorite limo company here at Arizona Frontier www.phxlimoservice.com. END_OF_DOCUMENT_TOKEN_TO_BE_REPLACED

Arizona’s attractive climate and hospitality has made it home to some of the nations best festivals and activities. Being that Arizona is such a mix demographically there is sure to be a festival that is geared towards your interests and your age group. Here are just a few of the many premiere festivals the state puts on every year to get people out of their house, and into the beautiful weather Arizona has offer. END_OF_DOCUMENT_TOKEN_TO_BE_REPLACED

The desert is home to many of sports favorite events. With year-long warm weather Arizona has become a premiere destination for professional outdoor sporting events, races, and competitive events. Whether or not you play, or just like to watch, Arizona has all you need to enjoy your favorite sport. Here are just a ideas for sporting events to check out this year in Arizona.

Phoenix is home to a great collection of dining and entertainment. With a recent influx of new restaurants and bars throughout Phoenix, Scottsdale and the surrounding areas, we thought we would give you a quick list of some restaurants you definitely don’t want to miss. Some of these may be new and you can check them off your list, and some may a good reminder to pay a revisit. Though this is not our master list by any means, these are definitely a handful that you want to checkout, while the season is here. If you feel that we overlooked anything please write to us, or leave your recommendations in the comments below. END_OF_DOCUMENT_TOKEN_TO_BE_REPLACED